Just as the name implies we are about halfway through and we'll try to have some fun with this one.

Of the activities the midbrain controls one on the most important is the coordination of our eyeballs. Each eye sees the world from an angle different than the other. The midbrain controls eyeball movement so that these two different images can be "fused" into a single image which appears three-dimensional. 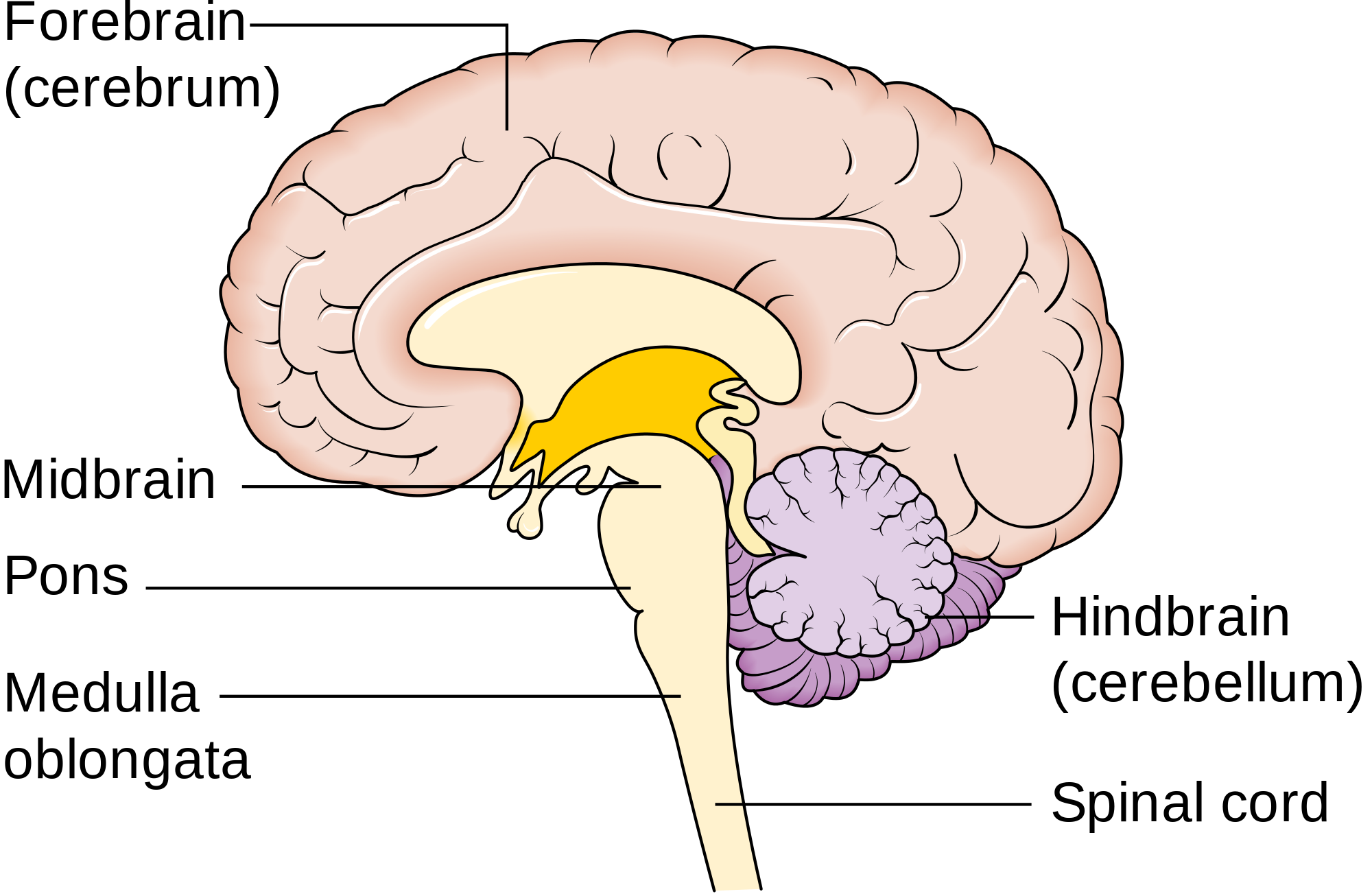 It is quite easy to mix up our visual world, just cross your eyes (for a short time only, please).

There is no absolute reality to its position. Each eye sees it differently. Your brain reaches aconsensus and puts it in the middle. And to think, this determination as to the correct position of an object has to be "agreed-upon" even for a single individual.

What I would like you keep in mind is that when an argument occurs there will always be at least two sides to the story. What is right and wrong will depend on your "point of view." The parties involved will have to reach an agreement, a consensus on what the "reality" is.

Since we have two eyes, two hands and two sides to are brain we often say there are two sides to every story. If an octopus has an argument how many sides to their story?